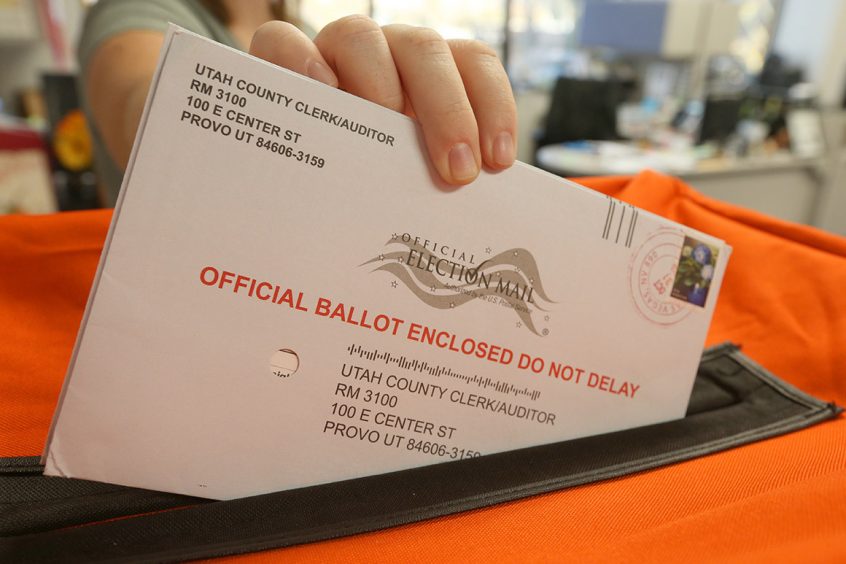 Two lawmakers have proposed expanding mail-in voting to address health concerns. But that would inject new risks into an already unsettled election.

Politico: The spreading coronavirus is starting to create a difficult choice for the nation’s election supervisors: force people to keep voting in person, despite the risk of contagion, or rush into a vast expansion of voting by mail.

Already, the pandemic has forced Louisiana, Georgia, Maryland, Kentucky and Ohio to postpone their presidential primaries until later in the spring, while reportedly contributing to lower than average turnout in Tuesday’s primaries in Illinois and Florida. It has also inspired some lawmakers and activists to call for much broader use of mail-in voting, a way for Americans to cast their ballots despite the lockdowns, quarantines and limitations on crowds taking hold across the country.

But some election experts warn that an abrupt adoption of vote-by-mail systems in states that aren’t sufficiently prepared would introduce new risks and avenues for disruption. The results, they say, could bring widespread confusion or even disenfranchise voters.

That’s in addition to other hurdles: Some states would have to change their election laws to allow more time for the labor-intensive task of processing mail-in ballots, which requires more work and people than other types of ballots.  Read more.