An Idea Whose Time Has Come: Make Election Mail Free

Voting by Mail Is Crucial for Democracy

The pandemic will change the way millions cast ballots. Here’s the state of absentee voting in the U.S.

Stacey Abrams, Soledad O’Brien and More Join #MailedIt Tweetathon to Save the USPS and Mail-in Voting!

NPR: Why Is Voting By Mail (Suddenly) Controversial? Here’s What You Need To Know

John Oliver looks at Trump’s attack on voting by mail

More and more people are receiving and casting their ballots by mail.  The U.S. Census Bureau estimates that 10 percent of all ballots cast in the 2000 presidential election were cast by mail. In 2012, 19 percent of voters cast a ballot by mail. In the 2014 midterms, data from the Survey of the Performance of American Elections found that around a quarter of all voters voted by mail.  In 2018, 23.1 percent of the ballots were cast by mail or as absentee votes.

One of the most dramatic changes in voting in the United States over the last two decades has been the growth in the number of voters casting ballots by mail with every successive election cycle."
Christopher B. Mann, "Mail Ballots in the United States: Policy Choice and Administrative Challenges"

The alternatives to traditional voting in person on Election Day are clearly growing in popularity. There are basically four types:

In 2014, the Presidential Commission on Election Administration made recommendations for improving the election process in the U.S. One of the recommendations was to expanding alternative ways of voting, such as mail balloting and in-person early voting. Another was, ensuring that ballots delivered by mail would arrive in a timely fashion and be tracked from delivery to return.

Voting by mail is here to stay, and it will continue to grow in significance. The votes cast by mail may turn out to make the difference in the 2020 election. 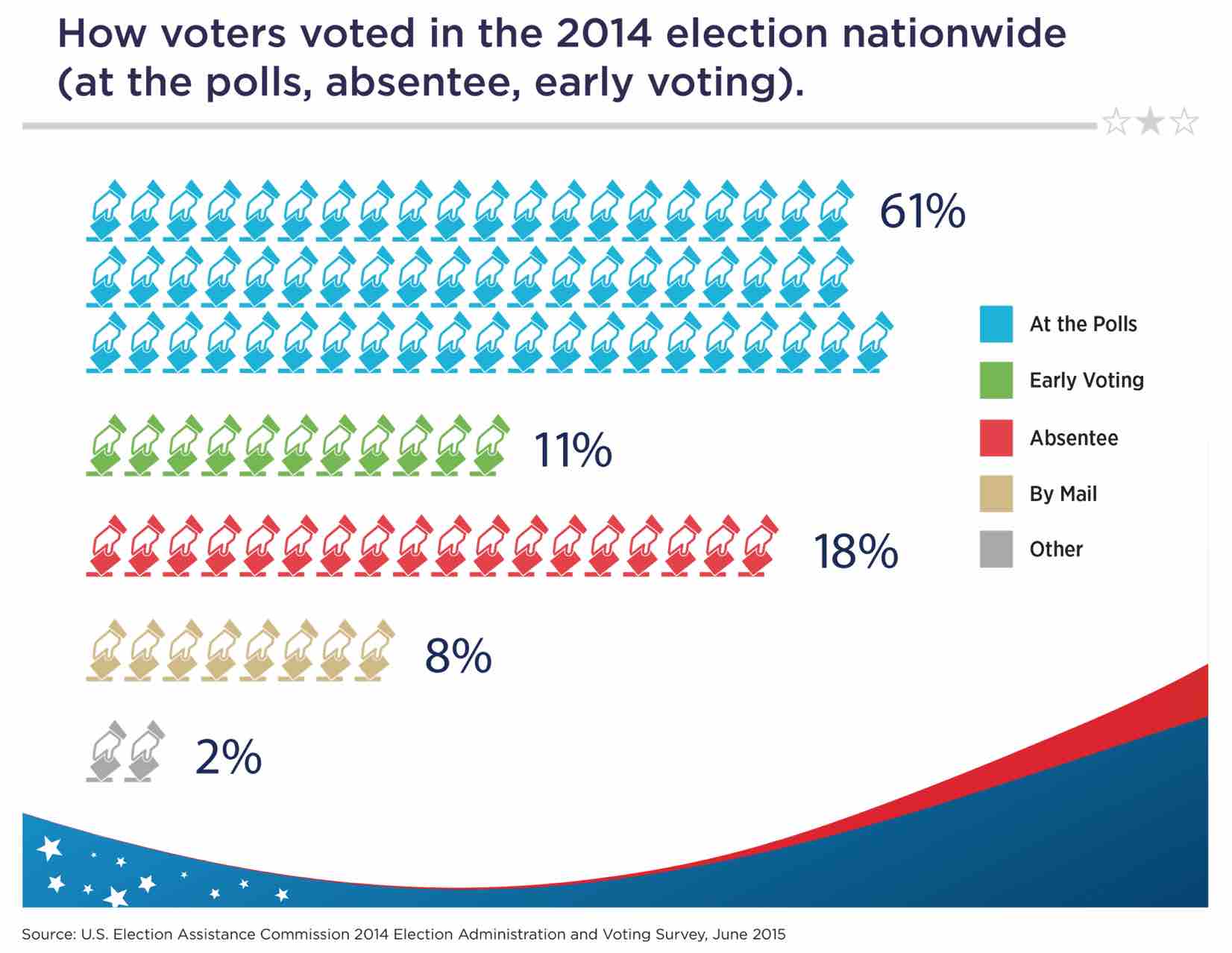 At the polls
With over 60% of voters still choosing to vote on Election Day at the polls, this type of voting remains the most utilized type of voting despite the increasing options available in the States
Early voting
Early Voting: Refers generally to any in- person voting that occurred prior to the date of the election at specific polling locations for which there were no special eligibility requirements. Early voting is not considered absentee voting under the State’s definitions or requirements for absentee voting.
Absentee
Domestic Absentee Ballot: A ballot submitted, often by mail, in advance of an election, often by a voter who is unable to be present at the polls on Election Day. This excludes ballots sent to overseas civilian and military voters that are covered by the Uniformed and Overseas Citizens Absentee Voting Act of 1986.
By Mail
A ballot is automatically mailed to every eligible voter (no request or application is necessary), and the state does not use traditional precinct poll sites that offer in person voting on Election Day. Oregon, Washington, and Colorado have moved to replace their polling place systems entirely with vote by mail.
Source
THE 2014 EAC ELECTION ADMINISTRATION AND VOTING SURVEY COMPREHENSIVE REPORT

The growing popularity of postal voting 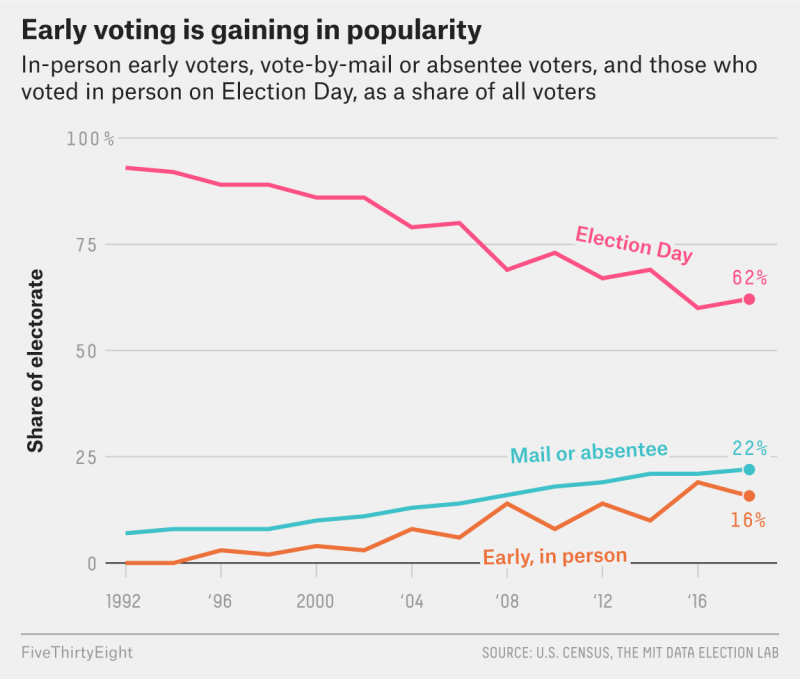 Voting by mail was once reserved for people who could not be present on election day, like travelers and members of the military stationed abroad, but now many states do not require an excuse for choosing to vote by mail, and a few states are actively encouraging voting by mail.

Voting by mail has grown exponentially over the past four decades. The U.S. Census Bureau estimates that 10 percent of all ballots cast in the 2000 presidential election were cast by mail. By 2012, the practice had nearly doubled, to 19 percent of voters. In the 2014 midterms, the Survey of the Performance of American Elections (SPAE) found that around a quarter of all voters voted by mail.

Not all voters who receive their ballots in the mail return them that way. The SPAE estimates that in 2014 around 1 out of every 5 mail ballots nationwide were returned by hand to an official location, like an election office, drop box, or polling place on Election Day, and not mailed back to the election official.  (Pew)

Absentee & Early Voting Across the Country 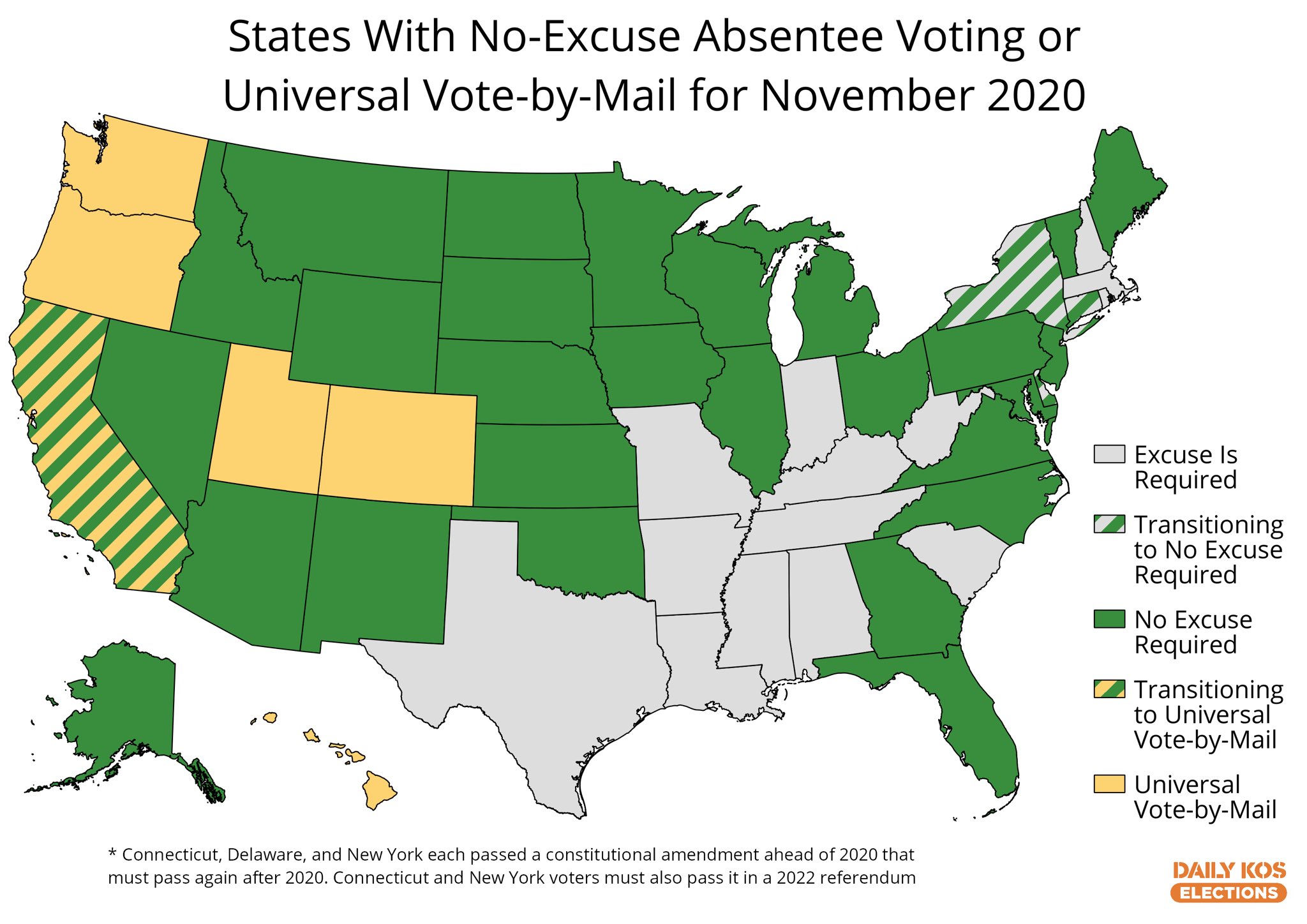 In one way or another, every state allows voting by mail.

Absentee Voting: All states will mail an absentee ballot to voters who request one.  In about 20 states, an excuse is required, while almost 30 states and the District of Columbia permit any qualified voter to vote absentee without offering an excuse. Some states offer voters the opportunity to join a permanent absentee ballot list.

Early Voting: In 37 states (including 3 that mail ballots to all voters) and the District of Columbia, any qualified voter may cast a ballot in person during a designated period prior to Election Day. No excuse or justification is required.

Mail Voting:  Three states mail ballots to all eligible voters for every election. Other states may provide this option for some types of elections. 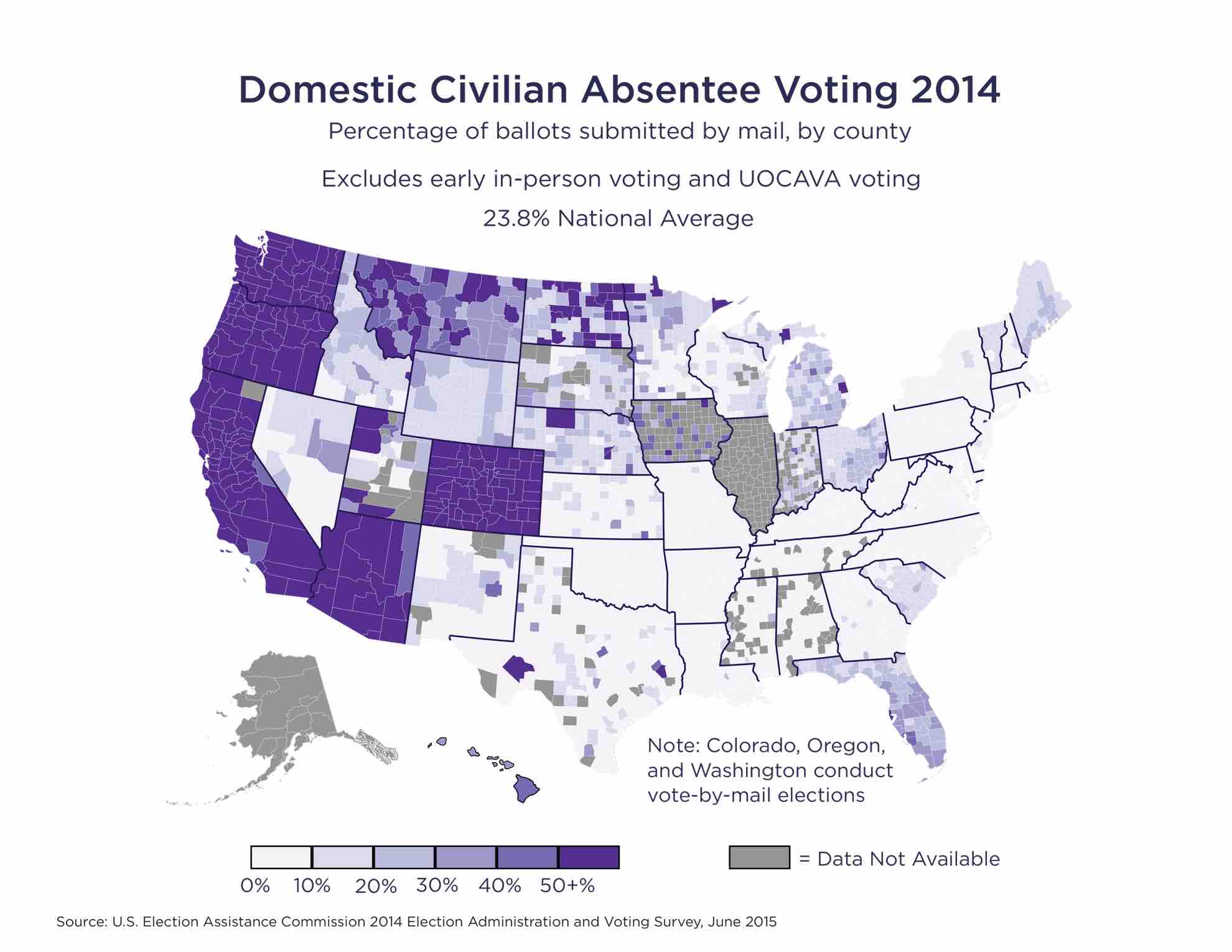 It is more convenient.

As noted in a recent USPS OIG report, in the 2014 midterm elections, fewer than 37 percent of eligible voters turned out to vote.  The most common reason for not voting was a conflict with work or school or childcare responsibilities. 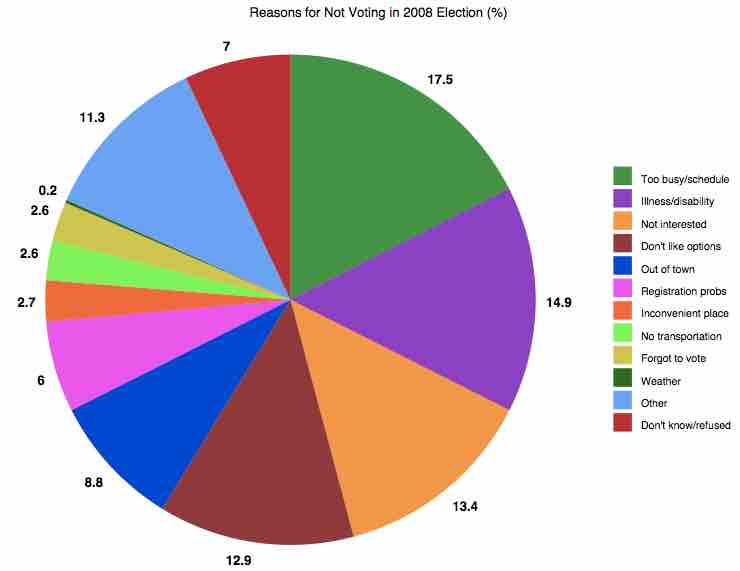 It is more accessible.

Older voters, individuals with disabilities, and others who find traveling to a polling place or standing for extended periods to be challenging, are more impacted by long voting lines and more likely to use early or absentee voting. 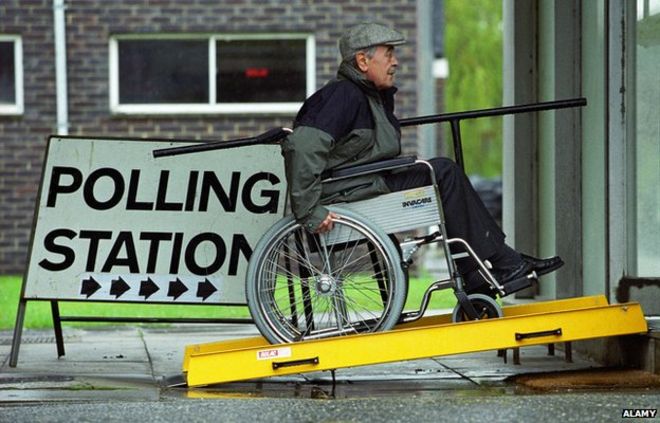 More than 5 million voters waited for more than an hour to cast a ballot in 2012. Long lines arise disproportionately in urban areas and have a greater impact on minority citizens. Allowing people to vote by mail also relieves congestion at polling places. 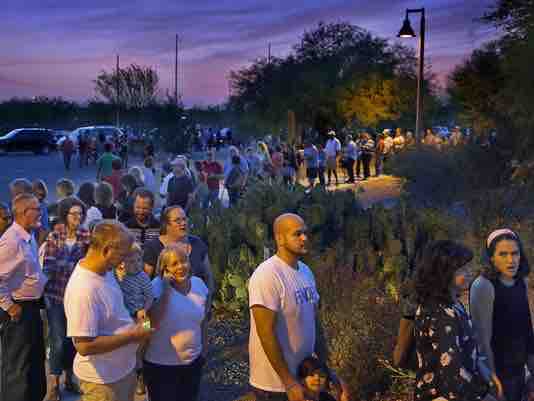 Unlike electronic voting, with postal voting, paper ballots are available should a hand recount become necessary. 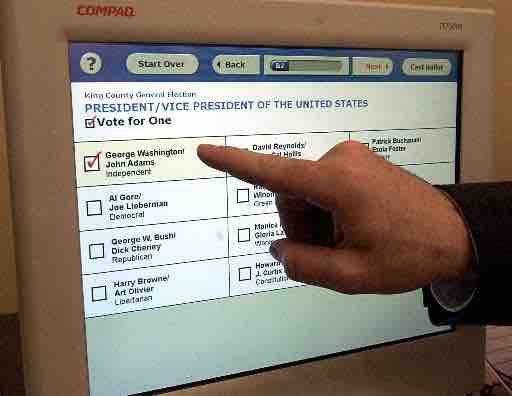 Many states have laws that make voting difficult, like requiring certain types of identification. It's easier to address such problems when people vote by mail. 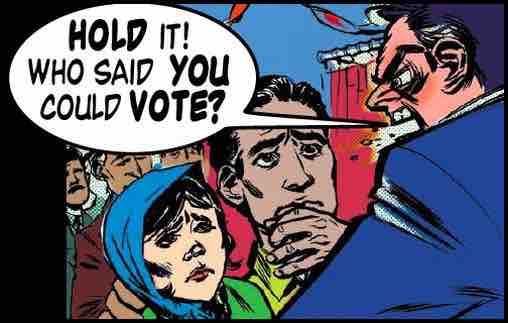 Eliminates confusion about where to vote.

Voters are often frustrated to learn that the polling station where they've voted for years has been moved to another location, and it's sometimes not clear where. 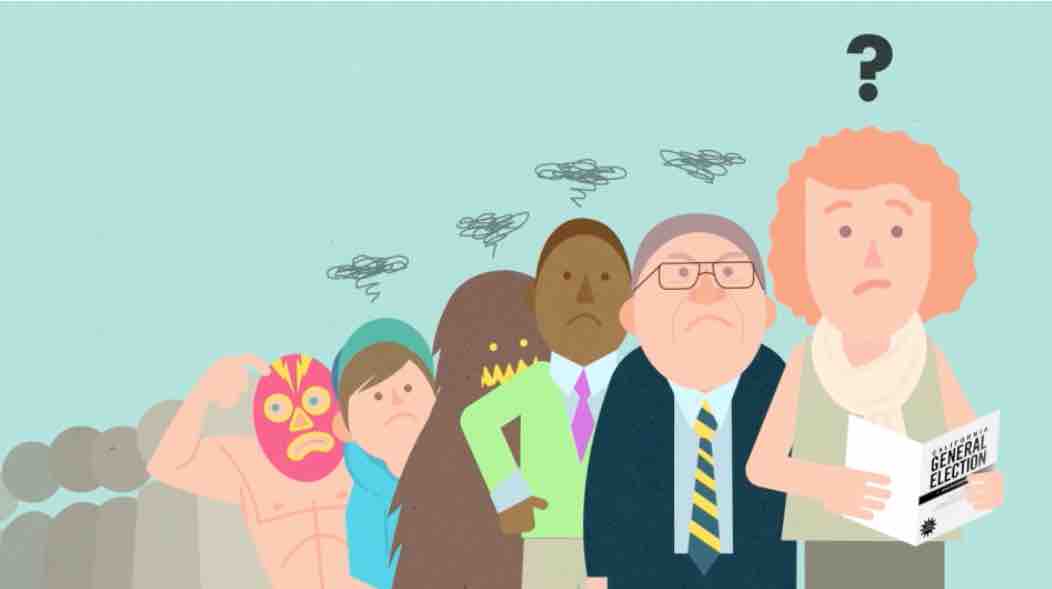 Voting my mail offers voters an opportunity to consider candidates, issues, and options in a calm way, with more time to consider their election choices This may be especially valuable to adults who have literacy or language challenges. 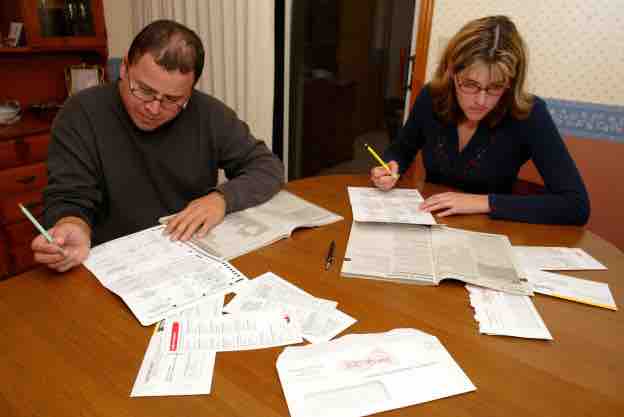 Mailed ballots are not forwarded by the post office, and the constant updating of voter rolls provided by returned ballots makes for more accurate voter rolls without the risk of partisan purges. 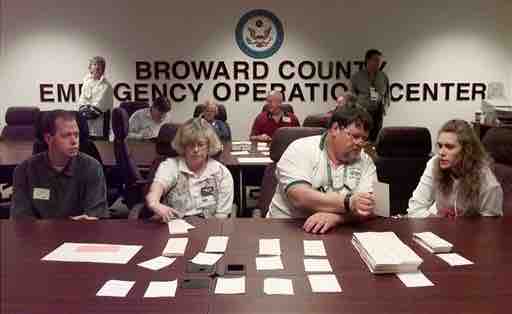 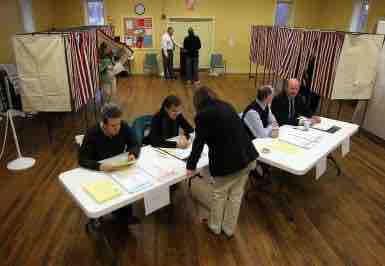 While voter turnout is influenced by many factors, industry studies have shown that voting by mail increases the number of votes cast, especially by expanding participation in special local elections. 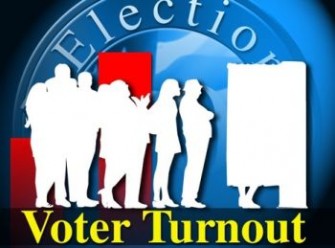