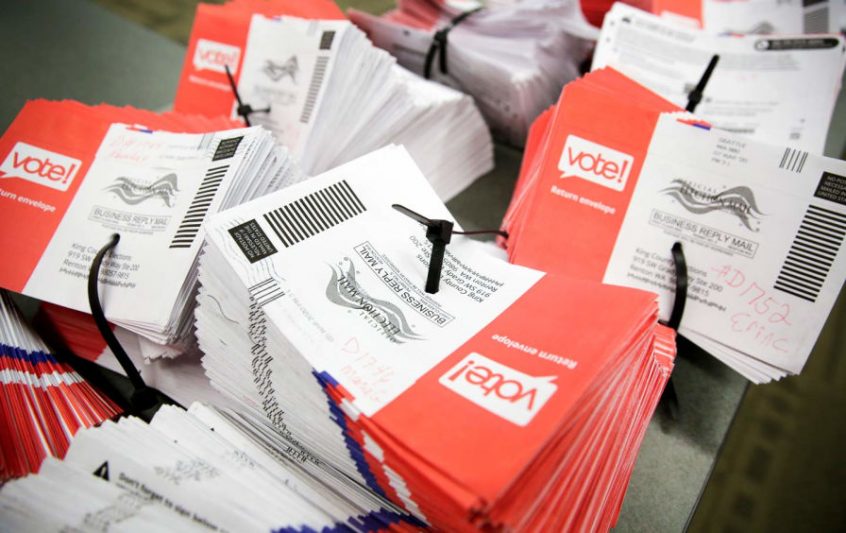 Congressional Democrats must recognize that Americans want this change, and bargain hard for the $4 billion that will assure safe and fair elections

John Nichols, Nation Magazine: President Trump and his hyper-partisan Republican allies have been attacking proposals to vote by mail in November. The reason has nothing to do with honest concerns about this system for voting, which has gotten high marks in the handful of states where it has already been implemented—and which offers an option for a safe, high-turnout national election even as the coronavirus pandemic lingers, or diminishes and returns in the fall. Trump, who lost the 2016 election by 2.9 million votes and prevailed only because of the antidemocratic Electoral College, fears a high-turnout election might not favor him.

But the American people understand that election procedures aren’t supposed to be enacted to help or hinder particular politicians.

So it is that, for all of Trump’s ranting about the supposed perils of voting by mail, the American people love the idea. Democrats need to recognize this reality. Instead of bending to the president, they can demand in coming stimulus negotiations that Trump and the Republicans bend—knowing that the numbers are on their side.

The latest Harvard-Harris survey, which was conducted April 14–16, asked 2,394 voters, “Currently three states (Oregon, Washington, and Colorado) conduct their elections completely by mail. Would you support a decision to conduct the 2020 Presidential election entirely by mail in all 50 states?”

Seventy-two percent of those who answered said “yes.”