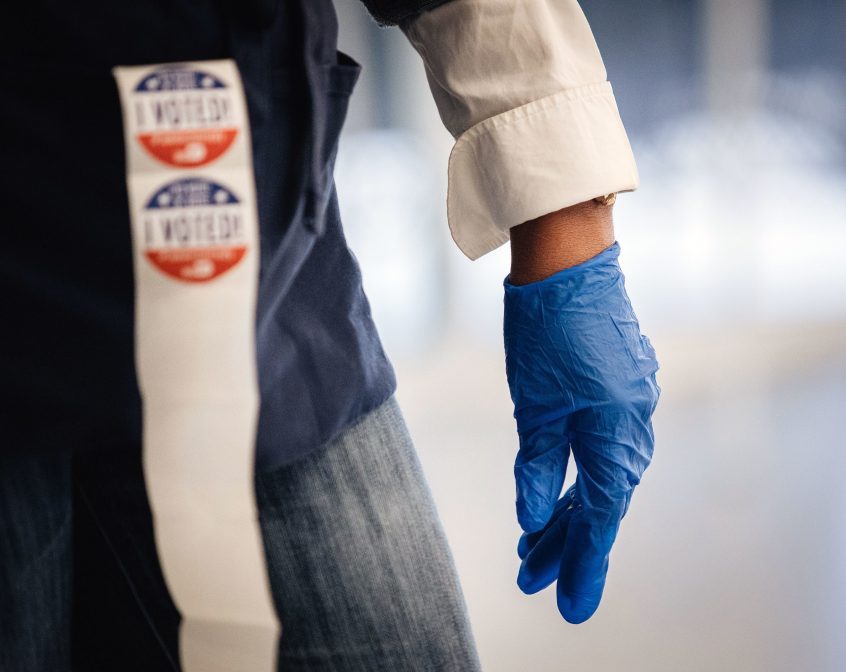 The New Yorker: Early Tuesday morning, Ohio became the fourth state—after Louisiana, Georgia, and Kentucky—to postpone a primary election because of covid-19. The decision, which came just hours before polls were scheduled to open, was made by Governor Mike DeWine, who argued that voting would put older Americans, especially poll workers, at risk of contracting the virus. In response, John Cranley, the mayor of Cincinnati, issued a public statement. “I believe the Governor made this decision because he believes it is right for public health,” he wrote. “However, I worry that the precedent could haunt future elections by people who are not motivated by the same public good.” In Ohio, voters already have the right to request an absentee ballot, and send it in through the mail. Because it seems unlikely that a new in-person election could be held anytime soon, Cranley continued, “I am calling on the State to mail absentee ballots to all registered voters and encourage mail-in voting.”

Primary and local election dates are, to an extent, fungible. When Hurricane Andrew ravaged parts of Florida, in 1992, and Hurricane Katrina decimated the Gulf Coast, thirteen years later, officials changedthe dates of pending elections. September 11, 2001, was a municipal primary day in New York. After the planes hit, voting was halted and rescheduled for two weeks later. More recently, the 2018 New York primary was moved to avoid conflicting with both 9/11 and Rosh Hashanah. General elections are different. Their dates are set by federal law, so changing them would require an act of Congress and the blessing of the President. Even then, a date change would, most likely, have to withstand a challenge in the courts.

Lately, I’ve been hearing people point out that a Presidential election was held in the midst of the Civil War, which illustrates either the commitment of American voters or the unyielding calendar of our democracy. A pandemic, with its invisible enemy, presents a more miasmic challenge to voting, though. Microbes are indiscriminate: anyone and everyone is susceptible. But, while it is true that public polling places present a threat to public health, it is equally true that not voting is a threat to the health of the Republic. Could Donald Trump, who in the past has “joked” about staying in office past his term, use covid-19 to subvert the electoral process? A recent piece in Slate lays out a frightening scenario where Trump could, in essence, hijack the Electoral College. Richard L. Hasen, a law professor at the University of California, Irvine, and the author of “Election Meltdown,” told me that, in such a scenario, “there would be rioting in the streets.”  Read more.