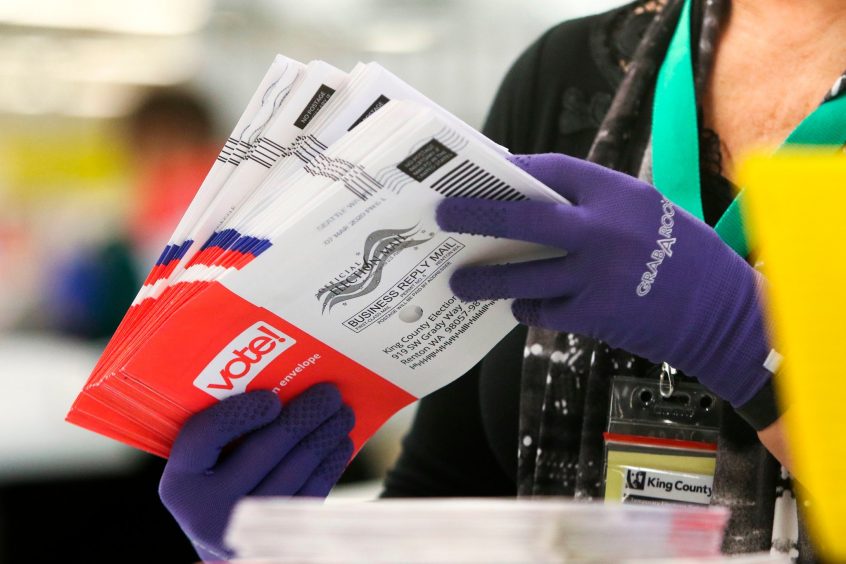 The coronavirus has left states rapidly searching for ways to protect democracy’s most sacred institution.

In Rhode Island, the secretary of state wants all 788,000 registered voters to receive absentee ballot applications.

In Maryland, a special election to replace the late Representative Elijah E. Cummings will be conducted entirely by mail.

As the coronavirus outbreak upends daily life and tears at the social fabric of the country, states are rapidly searching for ways to protect the most sacred institution in a democracy: voting.

With gatherings of people suddenly presenting an imminent health threat, state officials and voting rights activists have begun calling for an enormous expansion of voting by mail — for both the remaining Democratic presidential primary race and, planning for the worst-case scenario, the general election in November.

“The D.N.C. is urging the remaining primary states to use a variety of other critical mechanisms that will make voting easier and safer for voters and election officials alike,” Tom Perez, the chairman of the Democratic National Committee, said in a statement late Tuesday. “The simplest tool is vote by mail, which is already in use in a number of states and should be made available to all registered voters.”

While rules vary somewhat state to state, 33 states and the District of Columbia currently collect ballots by mail or permit “no excuse” absentee voting, in which people can vote absentee for any reason. Colorado, Washington State and Oregon have all-mail elections.  Read more.