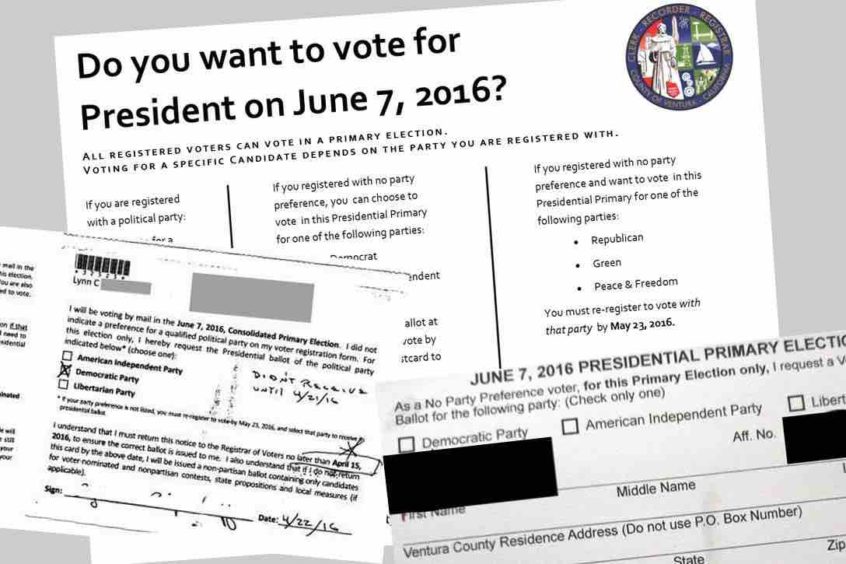 WhoWhatWhy.org: The majority of Californians vote by mail, which is a simple process for registered Democrats, who receive ballots in the mail. NPP voters, the only other group eligible to vote in the Democratic primary, have a harder time. They must request a so-called “Democratic crossover ballot.” And the rules dictating how and when to request these ballots may not be clear to everybody.

The California Elections Code requires that printed applications for mail-in votes include information clearly telling voters that their completed application “must be received by the elections official not later than seven days prior to the date of the election…” In this case, the deadline would be Tuesday, May 31.

The law also mandates that the application must include “a conspicuously printed statement substantially similar to the following: ‘You have the legal right to mail or deliver this application directly to the local elections official of the county where you reside’.”

A lawsuit filed May 20 alleges that election officials failed to comply with the law because they sent out information that was misleading with regard to deadlines and the right of NPP voters to request a crossover ballot to participate in the Democratic primary. In addition, voters were not informed they could drop off their mail-in ballot in person.  Read more.