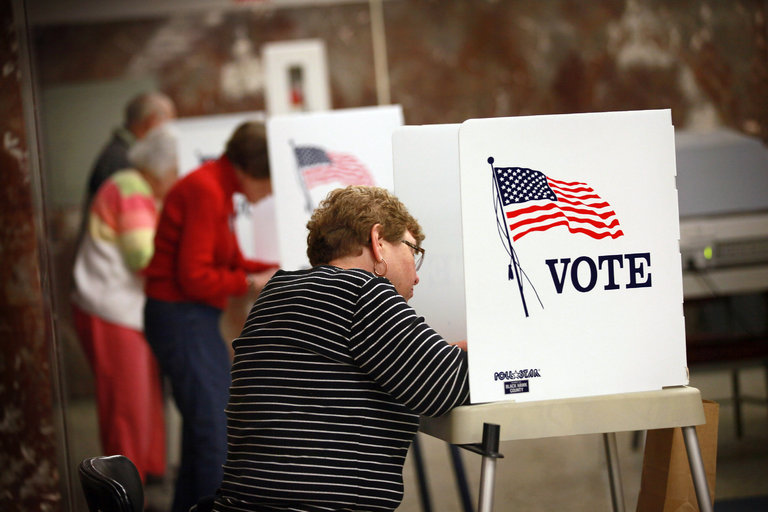 New York Times: Advisers to Donald J. Trump keep reassuring Republicans that there is still plenty of time to rescue his candidacy — nearly three months to counter Hillary Clinton’s vast operation in swing states and get Mr. Trump on message.

The Trump team had better check the calendar.

Voting actually starts in less than six weeks, on Sept. 23 in Minnesota and South Dakota, the first of some 35 states and the District of Columbia that allow people to cast ballots at polling sites or by email before Nov. 8. Iowa is expected to have ballots ready by the end of September, as are Illinois and two other states.

The electoral battlegrounds of Arizona and Ohio are to begin voting on Oct. 12, nearly four weeks before Election Day. And North Carolina and Florida will be underway before Halloween.

Early voting has become a critical, even decisive factor in presidential elections: President Obama was sufficiently ahead in the early vote in Iowa and Nevada in 2012 that his campaign shifted resources from those states to others, according to former advisers, who also credited enthusiastic early voting in 2008 for his victory in North Carolina and elsewhere.

Early voters tend to be older and more partisan, and many choose to cast absentee ballots by mail, while others prefer to go to polling sites during special evening and weekend hours. In Arizona, many vote early rather than stand in long lines in the heat on Election Day.

Early voting rules and times vary widely by state, and some Republican-led legislatures have sought to put new limits on options like Sunday and evening voting — attempts that have been struck down in several court rulings. The Clinton campaign has “voter protection teams” of lawyers pushing for as much early voting as possible.  Read more.