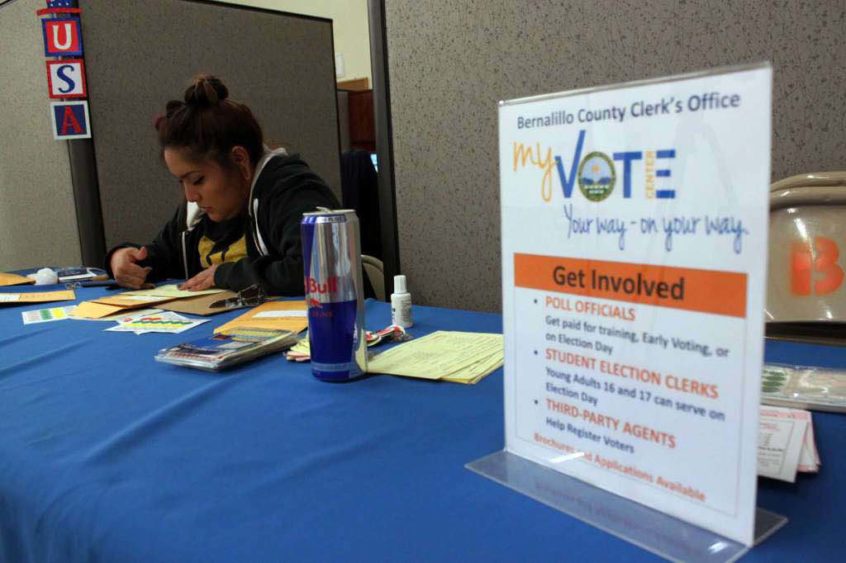 Associated Press: New Mexico is seeing a surge in early voting among Democrats ahead of Tuesday’s primary election, as Hillary Clinton and Sen. Bernie Sanders compete in the final round of state primaries.

Statistics provided Friday by the New Mexico Secretary of State’s Office show that the number of early and absentee votes already exceed totals in previous presidential election cycles for both major parties.  The trend was most pronounced among Democrats, with about 10 percent of registered party members voting before Friday, versus 8 percent of registered Republicans.

Albuquerque political consultant Bruce Donisthorpe said it is too soon to tell whether the uptick in early voting will translate into a bigger overall turnout. He said Sanders in particular is pushing for a greater-than-average turnout that includes young voters.  Read more.