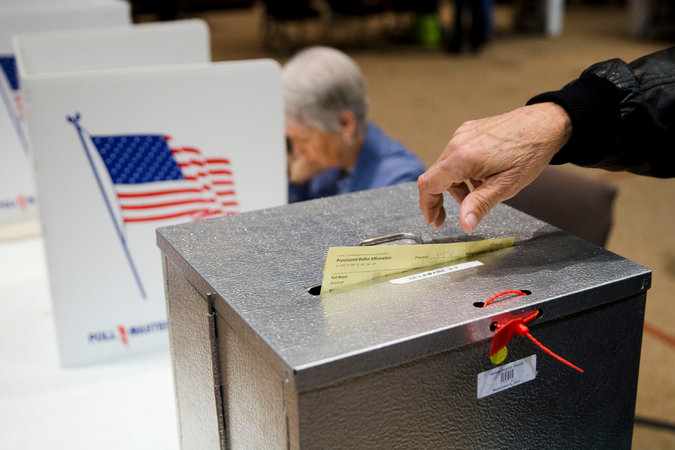 New York Times Editorial Board: The attempts by Republican lawmakers to suppress the turnout of Democratic-leaning voters in the 2016 election have reached shameless levels in Ohio — a swing state where it turns out that even homeless citizens have been blocked from exercising their right to vote.

Thanks to a timely ruling last week from a federal district judge, Algenon Marbley, the obstacles to minorities at the polling booth come November may be less formidable than they might have been, though the state plans to appeal and problems remain. The judge struck down a 2014 Republican-sponsored state law that, among other things, required that absentee ballots be thrown out for essentially trivial mistakes. This, the judge ruled, discriminated against minority voters in violation of the Voting Rights Act, including homeless people disqualified for not providing precise addresses.  Read more.