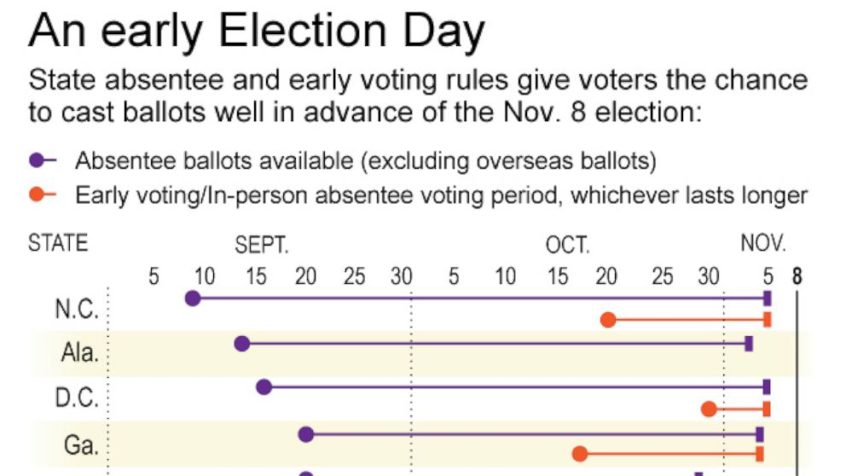 ABC News: Voters in tightly contested North Carolina have seen the presidential candidates and their surrogates a lot this summer.

What helps make the state such a political hot spot is that voting begins before anywhere else.

Election officials begin mailing ballots Sept. 9 to any registered voter in North Carolina who formally requested one. That’s the earliest in the country and 60 days before the Nov. 8 election.

It’s for that reason that North Carolina provides campaigns with an early test.

People don’t have to give a reason to vote by mail in North Carolina, such as out-of-town Election Day traveling or being too sick to leave the house.

A little over 200,000 mailed ballots were collected in 2012, which amounted to less than 5 percent of the state’s 4.5 million voter turnout. Republicans historically have favored mail-in ballots and could be critical to who gets the state’s 15 electoral votes. Republican Mitt Romney won the state by 92,000 votes in 2012, while Democrat Barack Obama won by 14,000 votes in 2008.  Read more.