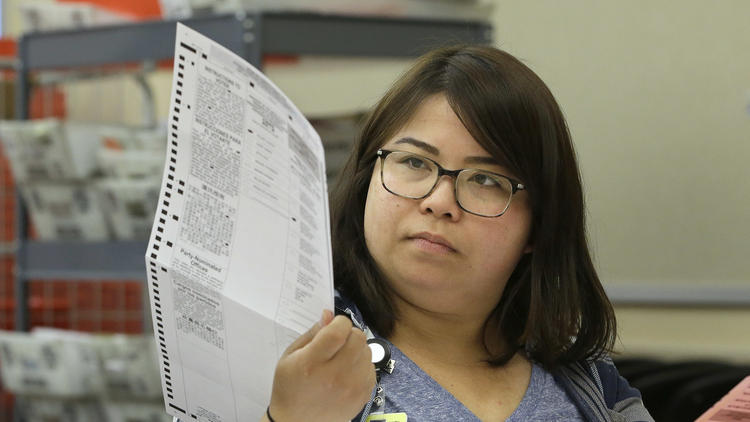 Los Angeles Times: State officials will write the June 7 primary’s final chapter this week by certifying that more than 8.5 million ballots were cast, though it’s unlikely to assuage voters or local elections officials who complained that overlapping and confusing rules left them with a lingering political hangover.

“It’s disheartening because people’s expectations were so high,” said Kim Alexander, president of the nonpartisan California Voter Foundation. “There were a lot of unhappy voters.”

…Meantime, a number of votes arrived at local elections offices at the last minute. A series of election changes in 2014 included a law that required ballots arriving as many as 72-hours late to be counted, as long as they had a postmark of election day (in this case, June 7).

“For some reason, they like to hand them in at the polls or mail them the day of the election,” said William Rousseau, Sonoma County’s clerk-recorder-assessor.

Election workers in Rousseau’s small community had to sift through 43,000 mailed ballots that were either turned in on election day or arrived during the following three days. Votes from Sonoma were among some of the last ones counted in the state.  Read more.