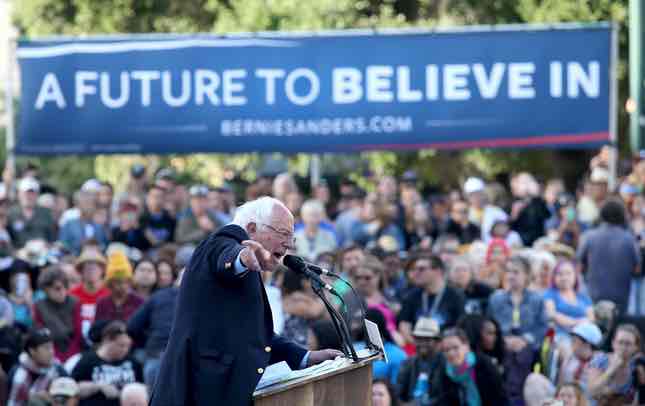 Mercury News: California’s independent voters are struggling to figure out how to cast ballots in next Tuesday’s Democratic presidential primary, threatening Bernie Sanders’ chances to carry the state and making the race even more difficult for pollsters to handicap.

Polls show Sanders with a big lead among independents, but they can’t vote for him unless they request a Democratic ballot. And that’s a step that as of last week 85 percent of independents who vote by mail had failed to take, according to Political Data Inc., a Los Angeles County firm that tracks voter activity….

The Democrats, along with the Libertarians and the American Independent Party, allow independents to vote in their presidential primaries, but state law requires those voters to explicitly ask for a party ballot. Otherwise they will receive a nonpartisan ballot with no presidential candidates listed.

That’s not much of a hassle for voters who still cast ballots at polling stations, but to vote by mail. Their ranks have tripled to nearly 2.2 million since the rules were put in place six years ago.

“Now you’ve got all these people in California who have received ballots that aren’t the ballot they want to vote, and they are trying to figure out what to do,” said Kim Alexander, president of the California Voting Foundation.

State law requires county election offices to ask independents, officially known as No Party Preference voters, what kind of ballot they want, but voters frequently discard request forms that arrive in the mail several months before the day of the election.  Read more.