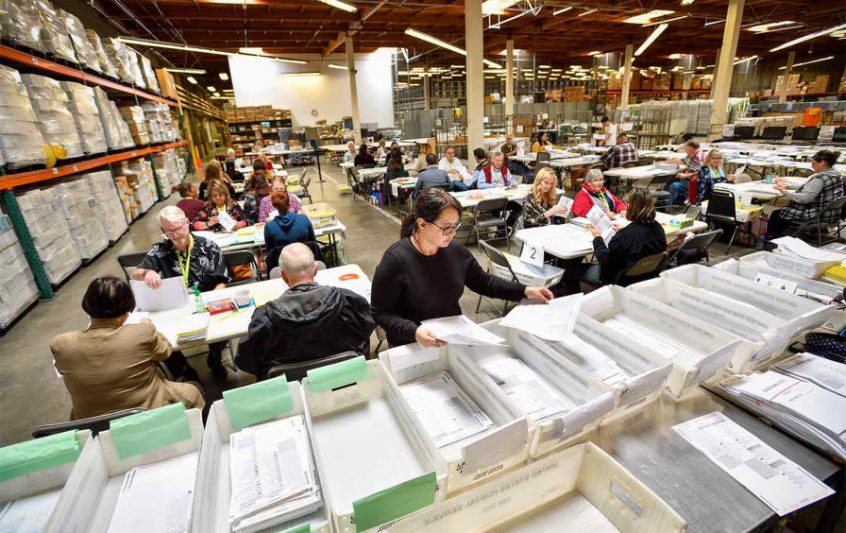 We have ways to keep voters safe. Now we just need to use them.

John Nichols, Nation Magazine: The 2020 primary election schedule is being upended by the coronavirus outbreak, and that should ring alarm bells for the November 3 general election that will decide not just the presidency but control of Congress and statehouses across the country. Steps must be taken now—major steps—to ensure not only that the November elections go ahead as planned, but also that they aim for the highest possible turnout by guaranteeing all Americans safe and secure procedures for casting their ballots.

“No voter should have to choose between exercising their constitutional right and putting their health at risk,” says Senator Ron Wyden, who has proposed ambitious legislation that would require states and localities to develop and administer plans to operate elections in the face of “the very real threat looming this November.”

How serious is that threat? “This pandemic presents unique, novel challenges to election administrators,” says Wendy Weiser, who directs the Democracy Program at the Brennan Center for Justice at the New York University School of Law. “It is very different from any of the election emergencies we have seen in recent years. The nation has not prepared for it.” And that’s a big problem. “Our elections will not be perceived as fair if steps are not taken to assure that people have options for voting, no matter what happens. This is an emergency we can address, but we don’t have that much time.”  Read more.