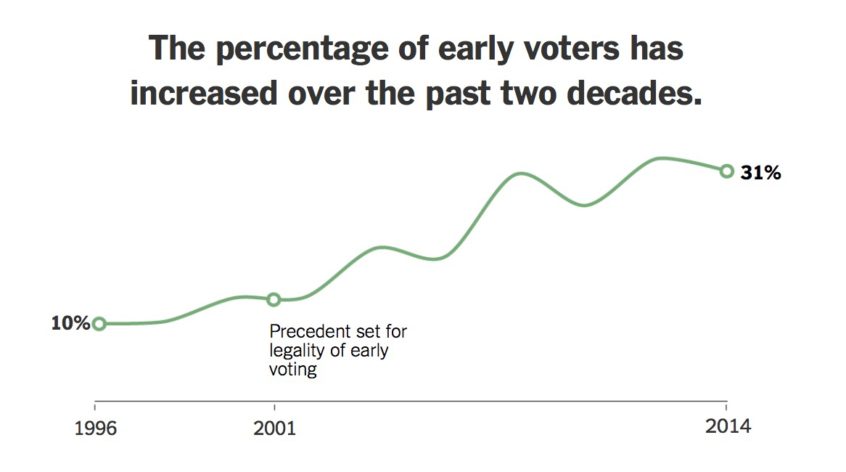 In many states, the number of early voters is lower than at the same point in the 2012 cycle. In Texas, however, the number of early voters is sharply higher than in the previous presidential election. A closer look at those votes — most of which were cast before the F.B.I. director, James B. Comey, announced on Friday that the bureau was reviewing a new trove of emails related to Hillary Clinton — also shows that across all states with available data, early voting has increased among Hispanics and decreased among young people.

So far, 15 states have provided daily totals of votes cast by mail-in ballots or at special early voting station. The numbers were compiled by a data analytics firm, Catalist, allowing a comparison between early voting in 2016 and 2012.

Texas stands out for a changing pattern in early voting: In 15 of the state’s largest counties, the number of early voters this year is 42.6 percent higher than at the same point in the 2012 election.  Read more.