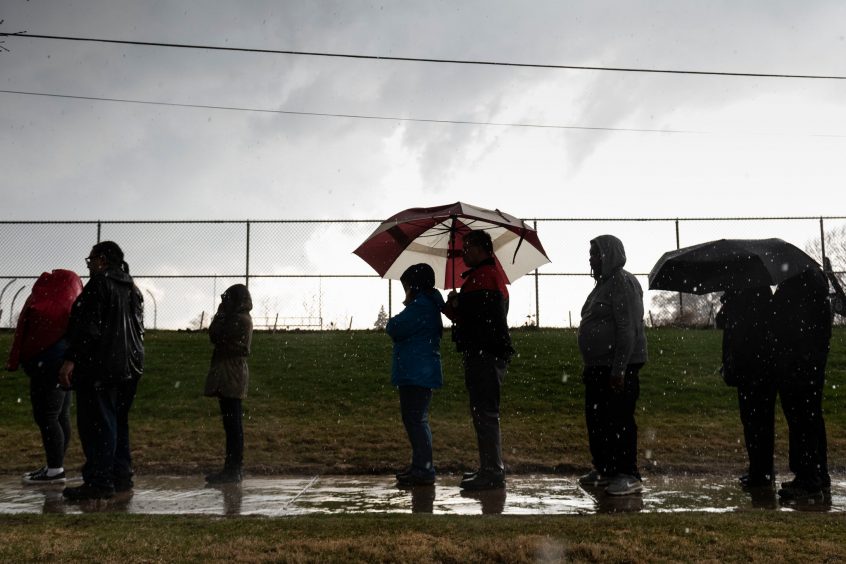 Politics aside, many states will face daunting financial, logistical and personnel challenges to making mail balloting the norm.

New York Times: When Colorado’s 3.5 million voters help select a president this fall, their choice will be made almost entirely by mail, via ballots in postage-paid envelopes dropped off in mailboxes or, more commonly, in bins scattered statewide.

Not so in Alabama. As the law now stands, all voters must cast their ballots on Election Day, at their designated polling places, unless they vote absentee. And getting an absentee ballot is so hard that fewer than 55,000 of 1.7 million voters cast one in the last election.

Election experts, voting rights advocates and a chorus of Democrats are urging states to switch as much as is possible to voting by mail for the November election. Their aim is to ensure that the vote is not plagued by the same nightmare scenario that occurred this week in Wisconsin of voters in masks and gloves going to polls — or staying home — amid the coronavirus pandemic.

The Republican governor of New Hampshire, Chris Sununu, endorsed the idea on Thursday, saying the state would hold its election by mail in November if health risks were still an issue. The Republican secretary of state in Iowa, Paul Pate, raised the same prospect this week. Elsewhere, Republican opposition, like court filings and President Trump’s baseless charge that voting by mail is riddled with fraud, leaves the future of that effort in doubt.

But even if those hurdles were cleared, many, if not most, states would face daunting financial, logistical and personnel challenges to making mail balloting the norm — and a deadline that would turn it into a breathless sprint.

“Switching to voting by mail, even in states with no history of it, can absolutely be done, and quite likely it may need to be done,” said Judd Choate, the state elections director in Colorado, which made the change six years ago. “It’s just a matter of how bumpy it is.” Read more.