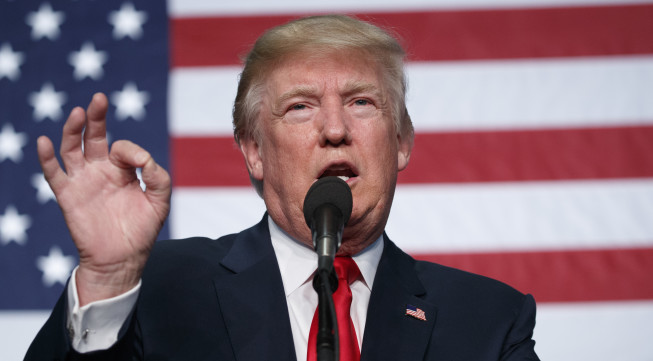 Talking Points Memo: Donald Trump suggested in a speech at a Colorado rally on Saturday that election officials will throw away mail-in ballots if they don’t “like” them.

“I have real problems with ballots being sent,” Trump said, according to a transcript by NBC’s Ali Vitali and Emily Gold. “People say, oh, here’s a ballot, bing. Here’s another ballot, throw it away. Oh, here’s one I like, we’ll keep that one.”

Trump claimed that there are “a lot of people” watching election officials.

“We’re trying to have some pretty good supervision out there,” he said. “We have a lot of people watching you people that collect the ballots.”

Trump has repeatedly claimed that the election will be rigged against him. His repeated calls for vigilante poll watchers drew attention to the consent decree the Republican National Committee signed in 1982, which banned the “ballot security efforts” that Trump has encouraged from his supporters.

On Wednesday, the Democratic National Committee asked a federal court to hold the RNC in contempt of court for allegedly violating the same consent decree, and to block any coordination between Trump and the RNC that relates to Election Day poll monitoring activities.