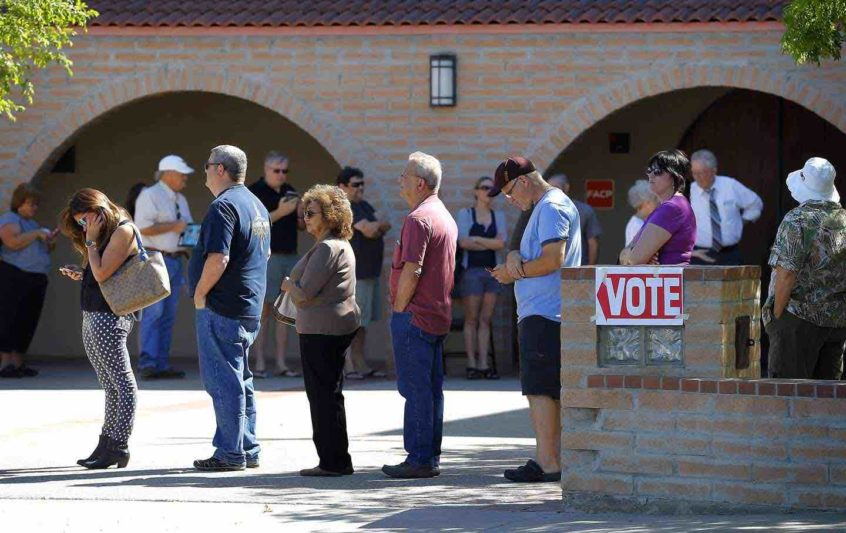 Aracely Calderon, a naturalized citizen from Guatemala, arrived just before the polls closed at 7 pm in downtown Phoenix to vote in Arizona’s primary last night. “When Calderon arrived, the line spanned more than 700 people and almost 4 blocks,” the Arizona Republic reported. She waited in line for five hours, becoming the last voter in the state to cast a ballot at 12:12 am. “I’m here to exercise my right to vote,” she said shortly before midnight, explaining why she stayed in line.

But many other Arizonans left the polls in disgust. The lines were so long because election officials in Phoenix’s Maricopa County, the largest in the state, reduced the number of polling places by 70 percent from 2012 to 2016, from 200 to just 60—one polling place per every 21,000 voters.

Election officials said they reduced the number of polling sites to save money—an ill-conceived decision that severely inconvenienced hundreds of thousands of voters.  Read more.