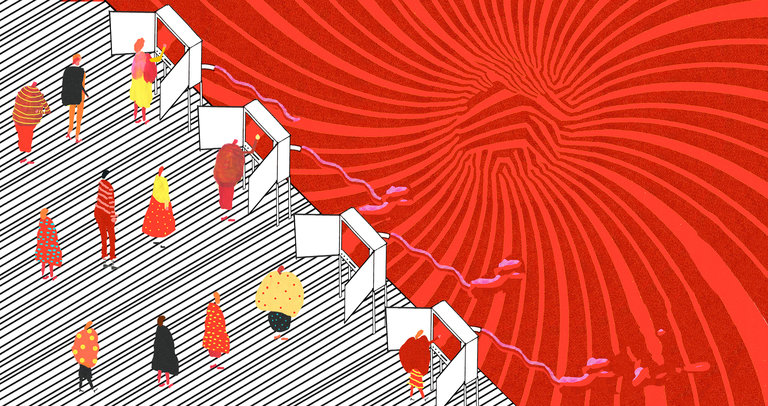 NY Times:  In my old workplace, right next to the comfortable couches where we would take breaks, we kept a voting machine. Instead of using the screen to pick our preferred candidate, we played Pac-Man. We sent Pac-Man’s familiar yellow chomping face after digital ghosts with the same kind of machine that had been used in 2008 in more than 160 jurisdictions with about nine million registered voters.

This was at the Center for Information Technology Policy at Princeton University, where researchers had been able to reprogram the voting machine without even breaking the “tamper evident” seals.

Voting isn’t a game, of course, and we need to trust the machines that count our votes. Especially this year. Donald J. Trump, the Republican presidential nominee, raised the possibility of “rigged” elections, and his former adviser Roger J. Stone Jr. has warned of a “blood bath” in such a case. A recent poll found that 34 percent of likely voters believed the general election would be rigged.

It’s unclear what mechanism the Trump campaign envisions for this rigging. Voter fraud through impersonation or illegal voting is vanishingly rare in the United States, and rigging the election by tampering with voting machines would be nearly impossible. As President Obama pointed out in a news conference last week, where he called charges of electoral rigging “ridiculous,” states and cities set up voting systems, not the federal government. That’s true, and it means the voting machine landscape is a patchwork of different systems, which makes the election hard to manipulate in a coordinated way.

But it’s still a bleak landscape.

Over the years, the team at Princeton, cooperating with other researchers, has managed to disable and tamper with many direct recording electronic systems that use touch-screen computers without a verifiable paper trail.

I’m not the only one who is worried. This month, Jeh Johnson, the secretary of Homeland Security, said his department was concerned about infiltration of the nation’s electoral systems. Experts have warned about voting machine vulnerability for years, but nothing has changed.  Read more.