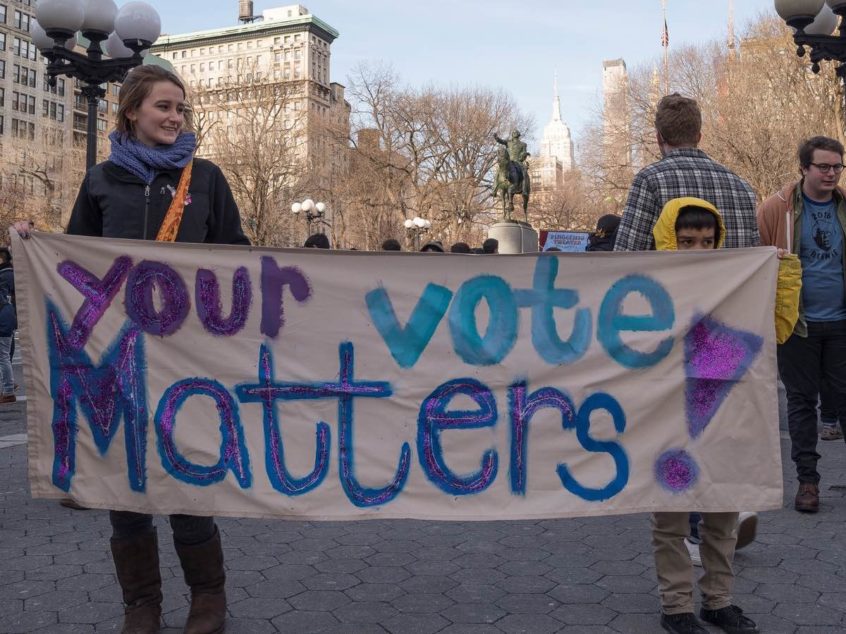 NPR: This year’s primaries have been filled with complaints about the voting process. Voters in Arizona were furious that they had to wait up to five hours to cast ballots. Thousands of New Yorkers had their names mistakenly dropped from voter registration rolls.  Republican candidate Donald Trump called his party’s nominating system “rigged.” Bernie Sanders said the Democrats’ nominating system was “dumb.”  And many state voting laws, like strict new photo ID requirements, faced court challenges by those who said they would block minorities and other voters from participating in the election. Supporters defended the laws as necessary to prevent fraud at the polls….

Ashley and Patrick Saxe were visiting from Little Suamico, a small town near Green Bay, Wis. Ashley says she was extremely frustrated when she went to her local election office to vote early, only to be told to come back later.  “I just don’t understand why it’s so hard. I was right there, that she just couldn’t hand me an absentee ballot so I could do it,” says Ashley. “It just kind of adds on to this bottled anger that I think a lot of people have to make it more difficult to vote.”  Read more.