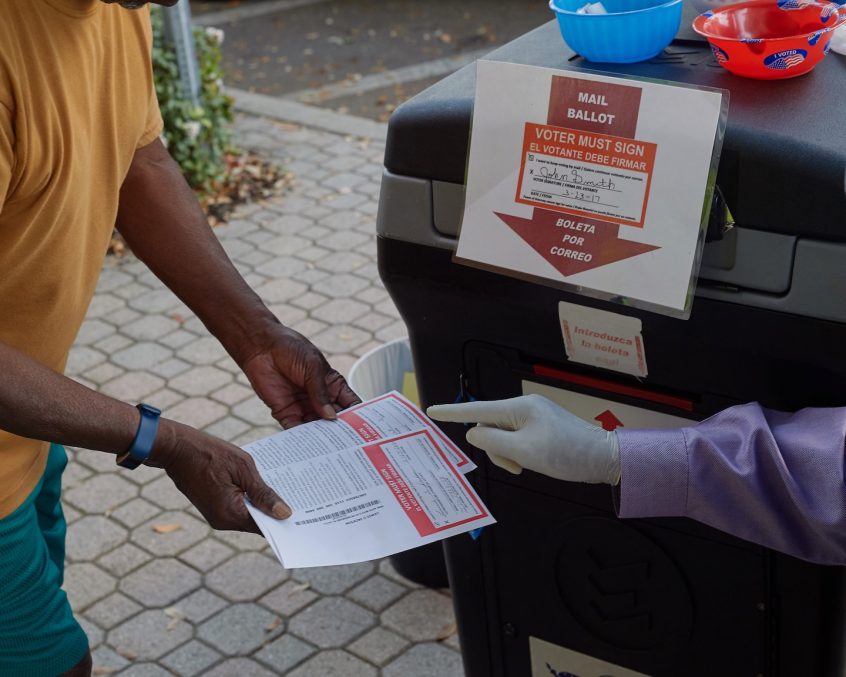 Washington Post Editorial: ELECTIONS IN the United States have traditionally been marked by vigorous get-out-the-vote campaigns by candidates who leave no stone unturned in the effort to get voters to the polls. But that was not so on Tuesday amid escalating concerns about the novel coronavirus and warnings from public health experts about the danger of public gatherings. “Going to the polls amid the coronavirus outbreak is a personal decision,” Sen. Bernie Sanders (I-Vt.) tweeted on Tuesday as his presidential campaign dropped typical get-out-the-vote activities. “We respect whichever choice voters make.”

Americans should not have to choose between their personal health and that of the country’s democracy. The abrupt cancellation of Ohio’s primary on the eve of Tuesday’s election, voting problems in the three states that pressed ahead and the decision by five other states to postpone future primaries underscored the need — indeed, the urgency — for measures that will ensure that everyone who wants to cast a ballot in this fall’s elections can do so without a risk to health.

Foremost among these should be expanding the ability of people to vote early and to vote by mail. Indeed, the recent primaries demonstrated how successful these reforms have been. Washington, a state hit hard and early by the coronavirus epidemic, didn’t have to wrestle with issues of public safety for voters because its March 10 primary was conducted completely, and without problems, by mail. Despite worries about the coronavirus that surrounded Tuesday’s primaries, Arizona and Florida had larger turnouts in the Democratic contests than in 2016 because they allowed — and people took advantage of — early voting.  Read more.