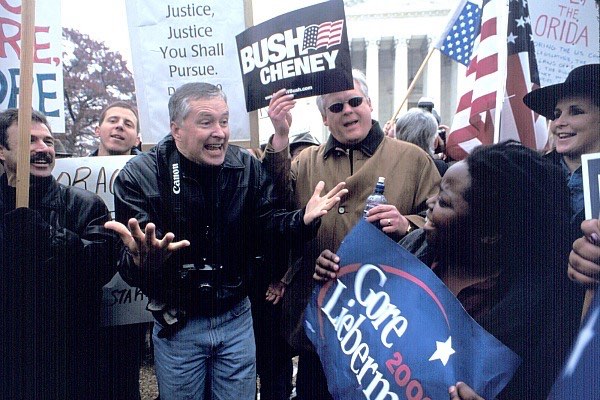 Huffington Post: The 2016 primary has seen its share of voting day outrages, from onerous voter ID laws to questionable voter purges. In Arizona, residents waited in line all day to vote; in one county, voting locations were cut from 200 to 60 spots. An election official blamed the residents, saying they should have voted absentee.

America remains terrible at making voting easy, 16 years after collectively pledging to get it right.  Little has changed since the fall of 2000 and the unimaginable presidential election results between then-Texas Gov. George W. Bush and Vice President Al Gore. With the presidential race in the balance, Florida showed just how haphazard and unjust voting can be; the courts — in decisions to extend the recount and, more controversially, to ultimately end it — made clear that campaigns can and do extend into the judiciary.  Read more.  (Photo)