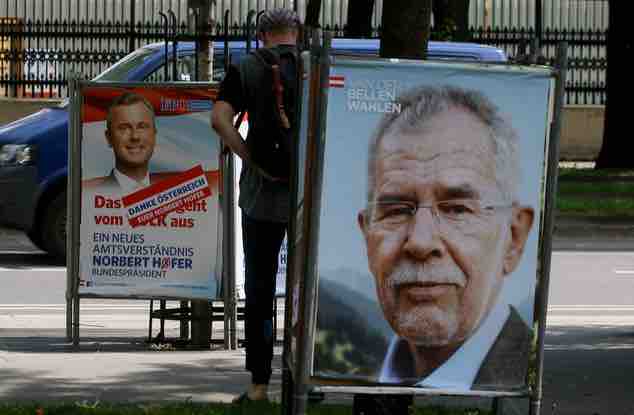 DailyMail: Austria’s interior ministry has asked the state prosecutor’s office to follow up on apparent regional irregularities in the absentee vote count for the country’s presidential election.

The move is a result of action by the Freedom Party, whose nominee Norbert Hofer was in the lead after polls closed Sunday but lost narrowly to a left-leaning candidate after absentee ballots were counted.

Ministry official Robert Stein on Wednesday cited party officials, who said that the count began too early in and around the southern Austrian city of Villach.  Alexander Van der Bellen won the election by only about 30,000 votes and the Freedom Party has suggested it may demand a recount, but are waiting for the probe to end first.  Read more.