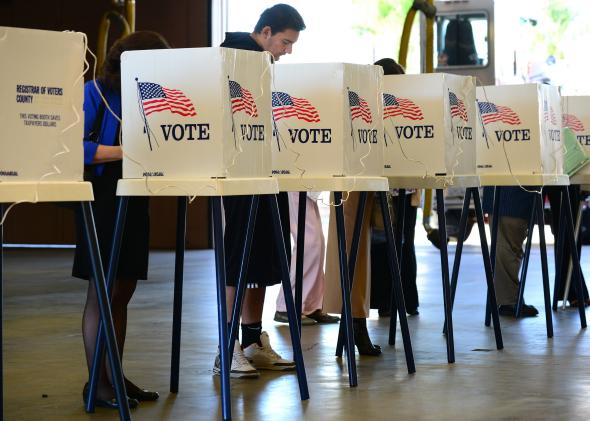 Slate: It is easy to dismiss the latest conservative rants against early voting as just one more way for Republicans to try to gain advantage over Democrats at the polls. But something much more troubling may also be at work: Some opponents of early voting are promoting the view that a smaller (and skewed) electorate is better for democracy.

In the past few weeks, a flurry of conservatives have attacked early voting, from Eugene Kontorovich and John McGinnis in Politico to George Will in the Washington Post to J. Christian Adams in the Washington Times.  The timing is no coincidence: The Presidential Commission on Election Administration, which President Obama created to look at issues with long lines and other election problems, recently issued its much-anticipated report. The report is full of many sound suggestions for improving our elections, and one of the key recommendations is to expand early voting, either in person, through absentee ballots, or both. There’s good reason to follow the commission’s recommendation: Early voting takes pressure off administering the vote on Election Day. It helps avert long lines and aids election administrators in working out kinks. Voters like early voting because it lets them pick a convenient time to vote, when there are not work or child-care conflicts.  Read more.